Engineered for Your Business

Engineered for Your Business

A review of the difference between engineered and non-engineered tent systems.

A co-worker’s grandfather was a train engineer in the 1920’s. Even though he passed away before she was born, she figured trains must be in her DNA. That long, low whistle of a train as it winds past gets her every time.

There’s a certain nostalgia that rides along with the train engineers of yesteryear. A bit of Wild, Wild West meets gypsy spirit crisscrossing the country on an iron horse mounted on a set of steel rails.

For those of us in the event tent rental industry, we get excited about a different kind of engineer. The kind you need to certify your tent will meet the code requirements in your municipality for your next install.

What are Engineered Tents?

The term “engineered tent” means that the manufacturer has paid a structural engineer to conduct a Finite Element Analysis (FEA). The engineer conducts a series of mathematical formulas based on the design of the tent. This documented data proves whether the tent system is able to withstand certain forces such as wind and snow loads.

On the other side of the tracks, non-engineered tents have not been tested or rated to withstand certain levels of force. That means they typically do not contain the structural elements needed to withstand higher winds or snow loads.

Depending on your location, this may be ok. Many places don’t require engineered tents. When they do, it often pertains to tents greater than 400 square feet.

Many manufacturers produce non-certified tents for use in a wide variety of venues. Frame tents and pole tents can both be purchased without wind load certification. These are generally less expensive than their certified counterparts due to the materials and level of construction of those tent systems.

Non-engineered tents can be used as long as they meet the regulations of the local municipality of your event site.

Engineered tents have to play by different rules.

In order to withstand the paces of an FEA, a tent’s structural design must to be up to the task. For a frame tent, that can mean more rigid extrusions and bracketry, at a minimum.

Pole tents are also offered with engineering certification. Those FEA’s usually revolve around specific requirements for the types of webbings and hardware, as well as the pole and out guy systems.

Tension tents have to maintain a specific number of anchor pounds at given locations around the perimeter to stay erect. They also must maintain higher values at wind load.

Engineered tent systems are only as strong as the sum of their parts. In order for the tent system to meet the engineered tent standards, all parts must be used as dictated. There can be no substitutions or reductions or it will not meet the requirements.

Your manufacturer should provide you the submittal documents your municipality requires for a certified tent. Those documents will contain several important items, including a stamped seal that proves that a structural engineer has reviewed the contents and certifies that they are legitimate.

The engineering documents will spell out the criteria by which the system was certified, including specific wind loads. They will also show reactions at specific places around the tent.

The installer can use this information to determine at what level the tent needs to be secured to be sure it stays in place in the worst of conditions. It’s ultimately up to the installer to be sure the tents are anchored to meet the values contained in the document, but that’s a topic for a future article.

Hopefully, this overview sheds some light on the difference between engineered and a non-engineered tent systems. Being prepared with proper documentation can help your local codes official approve your next tent install without delays.

View an an example of the engineering documents TopTec provides with our FutureTrac Engineered Tents. 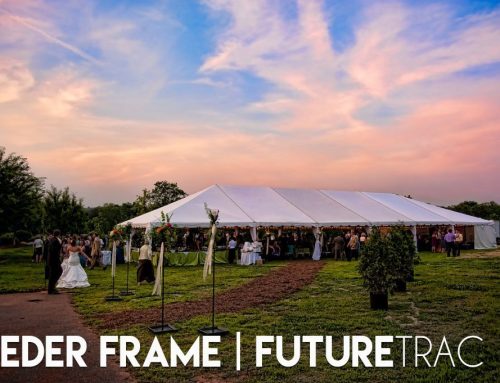 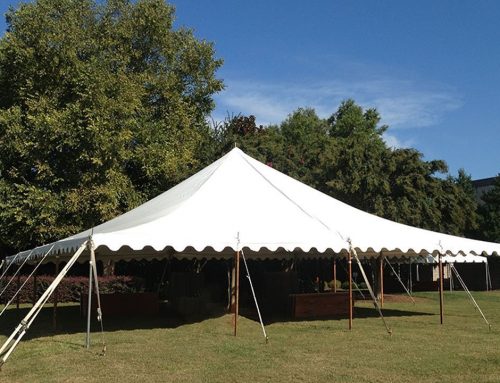 The Value of a Site Survey

The Value of a Site Survey 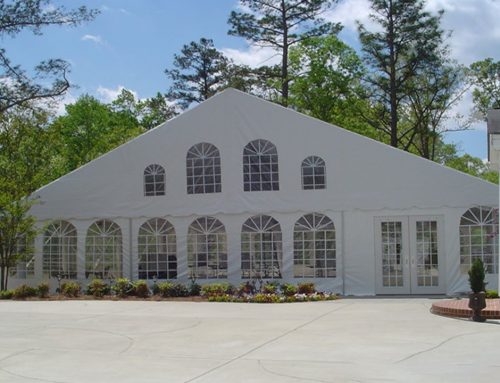 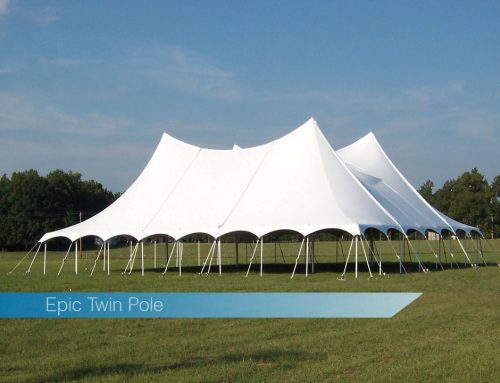 Tension Is A Good Thing

Tension Is A Good Thing